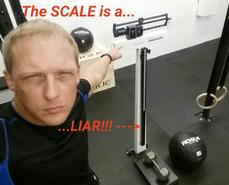 Too much emphasis is placed solely on pounds lost or gained. The typical weight loss program focuses purely on pounds lost and encourages unhealthy weight loss, loss of water and loss of very important lean muscle mass. The HIIT Transformation Program focuses on healthy weight management and encourages loss of unhealthy FAT MASS and gain of healthy LEAN MUSCLE MASS. It’s also cool because you can EAT CARBS! Your LBM is the amount of weight you carry on your body that isn’t fat. The goal should be to improve lean body mass and reduce fat mass. Measuring changes in your body fat percentage and the impact to your Lean Body Mass (LBM) is a much more accurate reflection of your body composition and health risk than it is to to measure and focus on how many pounds are lost or gained on a scale.

Evaluating changes to LBM and fat mass is clearly a much more accurate and scientific way to measure physical change than simply looking at pounds lost or gained on a scale. However, even when measuring body fat percentage and calculating LBM there is a margin of error associated with using calipers as well as general assumptions made to develop the charts that estimate body fat percentage. For example, it is assumed that individuals in each age group have a similar body composition to height ratio.

The charts and measuring methods are based on the general population and not each unique individuals set of circumstances. Clearly, a body builder, marathon runner, sprinter and MMA fighter will not have the same ratios yet the same ratios are used to make the charts. It is important that each individual evaluate their overall changes based on changes in their specific measurements and not get hung up comparing their unique measurements to the measurements of others.

The charts to below are being given as a general reference of body fat classifications and standard percentiles but don’t get too hung up on it.
Don’t listen to the lies of the scale!
Coach Tim Garrett 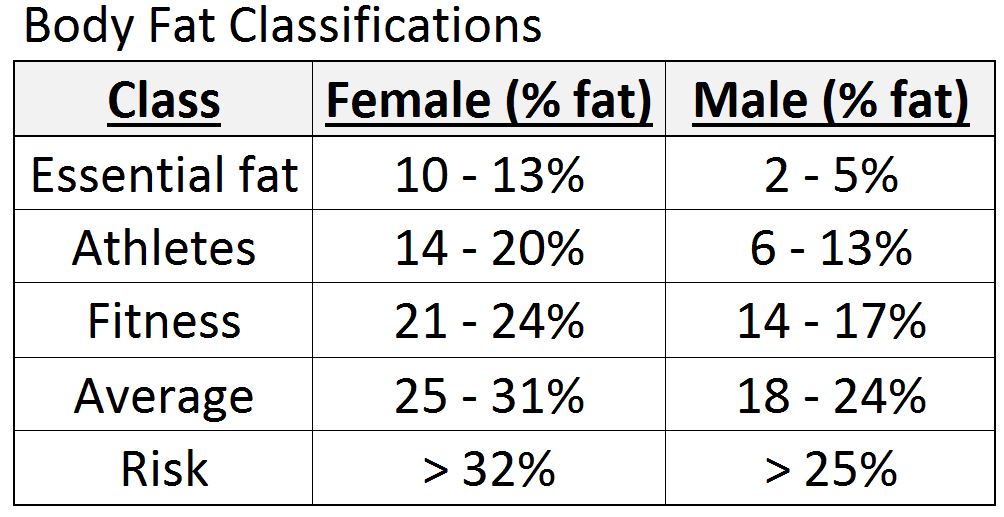 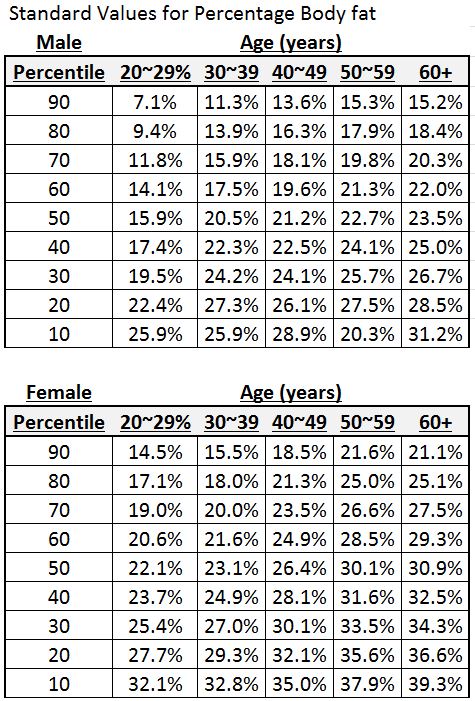